Make a Difference Adventure Tours is a not for profit organization that organizes and runs bespoke adventures worldwide. It is the culmination of many years of similar expeditions run by Australian adventurer, Micko O’Byrne.

Each tour is a unique, high end luxury trip to spectacular destinations. 100% of all donations go directly to the charities. Tour costs are commensurate with commercial reality and are an exceptional value proposition. These tours cannot be purchased anywhere else in the marketplace.

One of the best things about embarking on an adventure is that you shed your familiar skin and travel to spectacular destinations.

Exploring the wilderness is food for your soul …

“Travel is fatal to prejudice, bigotry and narrow mindedness, and many of our people need it sorely on these accounts. Broad, wholesome, charitable views of men and things cannot be acquired by vegetating in one little corner of the earth all one’s lifetime.”

Travel is life’s greatest friendship machine. New friends are forged within it, and existing friends go through it together, coming out the other side much stronger. 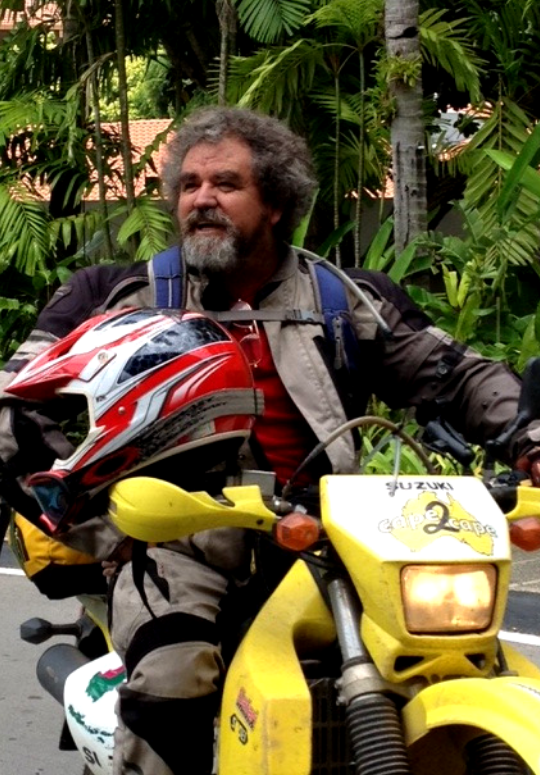 is the creator, organizer and leader of Make A Difference Adventure Tours.

From very humble beginnings and growing up in institutions, Micko took the lessons life had given him and was able to build several successful businesses and now spends his time ‘having adventures’, sharing his passion for life and his passion for giving.

Micko not only believes but lives this quote by Hunter S. Thompson:

“Life should not be a journey to the grave with the intention of arriving safely in a pretty and well-preserved body, but rather to skid in broadside in a cloud of smoke, thoroughly used up, totally worn out, and loudly proclaiming “Wow! What a Ride!”

Micko has led what many have described as a colourful life with a variety of careers from bull catcher to bus driver, to actor, to rock music promoter, to small business advisor and thought leader to the Mining Industry and Aboriginal economic development.

Micko as an entrepreneur…

In his forties, Micko established his own business which now generates the income that allows him to pursue his main passion in life, planning, organizing and undertaking adventures and expeditions, many in remote and challenging parts of the world.

In 1984, Micko journeyed overland for six months through the deserts of Central Australia with a wagon and four horses. In 2000 he undertook a three-month pack horse trip across the remote Kimberley region of Western Australia. 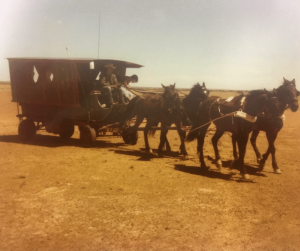 Travelling Across The Desert 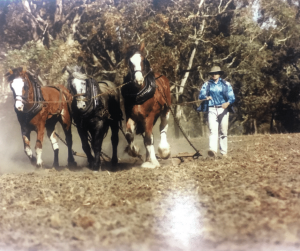 Micko has two sons, Liam and Blaze, and three Grandchildren. Both his sons have accompanied Micko on motor bike, 4WD, and horse back expeditions across Australia and the world.

Both boys share Micko’s love for travel, business and adventure.

His new wife Nicky Rattray has bought three more adult sons and an additional three granddaughters into the fold. All three boys Andrew, Douglas and Peter have joined Micko on motorcycle expeditions in Southern Africa.

Peter and Blaze rode their motorcycles from Rorke’s Drift in South Africa up the east coast route to Brecon in Wales accompanied by Micko in his trusty Toyota. This expedition raised $50,000 USD for Khula Education Foundation.

Micko as a Thought Leader

Micko has been engaged as a senior consultant to the managing directors of various mining companies, providing strategic advice in the area of Aboriginal economic development.

How Micko Spends His Time

He flies his own plane and holds a helicopter license, rides motor cycles and horses, and has a love of art and music.

He also has a passion for embarking on and creating new, one off exclusive adventure tours in Africa and Australia by motorcycle and/or 4WD.

This he loves because firstly, it’s a ton of fun and secondly, he can spend quality time with like-minded people with a heart for doing some good.

Micko has a deep passion for life and a love of ‘fine tea’ which he partakes of regularly under the thorn tree at his new home on a 5000 acre game reserve in South Africa.

Micko as an Adventurer

Micko has completed some of the most diverse, challenging and exciting expeditions on earth. He has a constant yearning to see what is over the next hill, to meet with people of all cultures and to experience the wonder and diversity of their lives.

You can view some of his previous adventures here >> https://madadventuretours.com/past-destinations/

Micko has said – “I like to have fun adventures and thought that other people I know would also enjoy them.”

He started leading motorbike rides for mates around Australia around 20 years ago. This gradually grew from an informal group of friends joining for fun to bigger and more organised expeditions that required much more logistical work, and along the way a decision was made to use these trips to raise funds for charity. Over the years several hundred thousand dollars has been raised and donated to various charities by these expeditions.

Micko has many close friendships in Aboriginal communities throughout Australia, and is always interested in the lifestyle of ethnic minorities.

Since moving to Africa in 2014 he now lives in an extremely poor regional area of Zululand where his wife is Chair and co-founder of Khula, a charity that supports 17 schools.

Micko saw that the staff of Khula, due to their workload, did not have the time for fundraising events, so he thought it was something he could do to help out.

Firstly, he had the time and skills to organise and run the events … but more importantly he could satisfy his own belief that:”

“Life is an adventure to challenge yourself & help others far less fortunate.

By having great fun, and doing good!”

Are you ready for your next adventure? Click here to find out more.